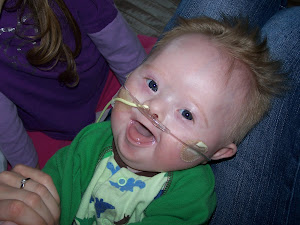 After 6 weeks in the hospital, Thomas lost the battle against pulmonary hypertension—high blood pressure in the right side of the heart and lungs. He fought harder and with more bravery than anyone I’ve ever seen. He came off ECMO after 27 days, and looked ok for a couple days before his pulmonary hypertension, which had been mild, started a downward spiral out of control.

I continued to work in Richland during this time, video conferencing with Thomas’ physicians when I could. I continued to pray for miracles. I knew if it was God’s will, Thomas would be healed. I learned to accept that, like Abraham being willing to sacrifice his son Isaac, I had to be willing to let Thomas return to God, sacrificing my own will to keep him. Once I offered my will, Thomas started trying to depart mortal life.

I received a phone call from my wife to drop everything and leave for Seattle immediately. I went as fast as I dared most of the way, only to hit the rush hour slow down outside of Bellevue. I painfully crept along I-90 and discovered just before the I-405 exit that the 520 bridge was temporarily closed. Consequently the traffic over the I-90 bridge to I-5 was stop and go at speeds of 10 miles per hour at best. I constantly prayed that I would make it in time. My wife later told me that in the hours leading up to my arrival, Thomas’ blood pressure and heart rate began dropping on several different occasions, and each time she told him, “Thomas, you have to wait for Daddy to get here.” His heart rate would then come back up, and his blood pressure would follow. 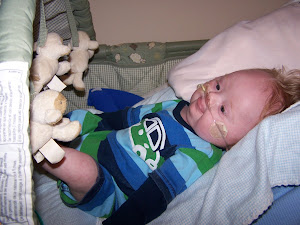 Thomas and I had about an hour together. I held him and sang to him and wept for him. I kissed his little cheeks and told him it was okay to go. I placed my hands on his little head, and by the ancient priesthood authority of Melchizedek that I bear, commanded Thomas in the name of Jesus Christ to return home to the Father of our spirits. Immediately his heart rate and blood pressure dropped precipitously and continued to trend downward. We turned off the monitors and unhooked him from the ventilator. He was pronounced dead at 7:29 pm, July 17, 2013.

My wife and I left Seattle that night with heavy hearts. The weeks that followed were filled with tears for Thomas’ departure from mortality, joy that we were finally able to see our other children who had been staying with grandparents for five weeks, and relief that his suffering was over.

Thomas taught me much about life and love. Though a small child, he was a giant among men. He was, as my younger brother so perfectly put, “a little friend to all.” The week after Thomas’ death, we were at a public pool in Utah where our children were taking swimming lessons, and I saw a man with Down syndrome come into the locker room. I did something I never would have done before Thomas came into my life. I smiled at the man and said, “Hi, how are you?” His response brought me immeasurable joy: “I’m awesome! And so is everyone else!” About a month later our family was at a restaurant where we sat near a couple who had an adorable little boy with Down syndrome. My wife approached their table first, and I followed after helping our four year old with his dinner. When this couple learned about our loss, the boy’s mother asked my wife, “Do you want to hold my son?” She passed him to my wife, and I fought back tears. These complete strangers offered their child to us, for just a moment, to fill a need and void in our lives that nothing else could replace. 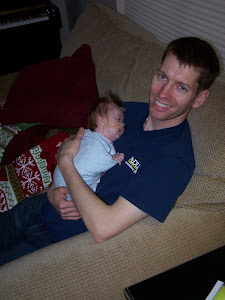 I still lie awake most nights thinking about Thomas. The loss of this little boy born with a hole in his heart has left a large crater in mine. Today is his first birthday. I imagined celebrating this day very differently. I had hoped it would be a party for the boy who lived. I still feel his spirit near, from time to time. One day it will be reunited with a perfect body in the resurrection. Like Christ and because of Christ, the author and finisher of my faith, Thomas will live again. That glorious day we will have a party for him, the boy who lives.

This story appeared on Real Imprints